5 Reasons to Study in Sydney as an International Student

Sydney continues to grow in popularity as Australia’s favourite city. Each year, over 10 million people stay in the harbour city. Sydney is not only a city full of culture and attractions but also home to many of Australia’s top businesses. Sydney is home to 3 of Australia’s Fortune 500 companies and over 20 companies included on the Forbes Global 2000 list, a list of the world’s top publicly traded companies.

With Sydney being Australia’s primary city, the popularity with tourists and locals means there are several employment opportunities as a student. From working in hospitality to retail or even beginning your own business.

As you complete your course, if you decide to remain in Sydney, there are numerous career opportunities within the IT industry. Careers in the IT field are rapidly growing in Australia, and Sydney will gain many of these jobs. For example, in Software/App development alone, it is expected that 35% of the jobs created in Australia will be in Sydney.

Sydney has spectacular weather. As you base yourself in Sydney, you will quickly grow accustomed to the long warm summers making for a perfect visit to one of Sydney’s famous beaches.

The mild winters in Sydney make for a perfect visit to the Blue Mountains, a short trip west of Sydney.

Sydney is a diverse, multicultural city, making it easy to meet new people and have new experiences.

Sydney celebrates numerous festivals from various cultures throughout the year, including Chinese, Indian, Japanese, Malaysian, Thai, Greek, French, Serbian, Lebanese, Armenian, Egyptian, and more. Many of these cultural festivals occur in the areas surrounding Darling Harbour and The Rocks on Sydney Harbour.

Alongside these cultural festivals, Sydney is the best city in Australia for those who love food and trying new flavours from all over the world. If you are in the mood for a bowl of steaming Vietnamese pho? Go to Marrickville or Cabramatta. Craving Chinese? Visit Ashfield, Strathfield, or Chinatown. Looking for a taste of the middle east, you only need to journey to Lakemba, Punchbowl, Granville, Auburn or Surry Hills.

In addition to the various cultural festivals occurring in Sydney, there are numerous other festivals throughout the year. Some of the festivals in Sydney include:

Sydney is a city that is full of attractions. The variety of attractions Sydney has to offer means there is something for everyone. Some of the best attractions in Sydney include: There are numerous attractions and incredible places to visit in the areas surrounding Sydney. There are multiple options for day trips and weekends away, with many accessible by public transport. For example, go to the Blue Mountains for bush walks and see the Three Sisters. 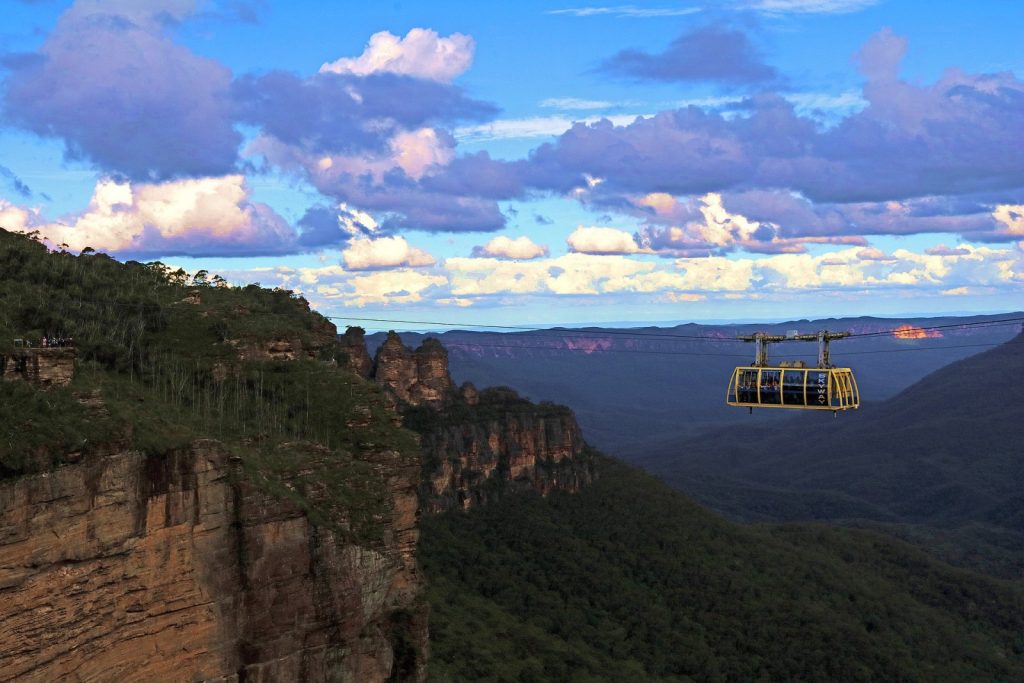 A weekend on the South Coast provides even more incredible beaches and national parks to explore, or you can sign up for a trip to the Hunter Valley to explore the famous wine region.

As an international student, if your goal is to remain in Australia once finishing your studies, it is essential to consider future employment opportunities. Studying in Sydney provides extra opportunities to connect with industry professionals and build your network of contact.

For international students, Sydney has a lot to offer. The combination of culture, festivals and attractions continues to be the reason why Sydney is Australia’s most visited city.